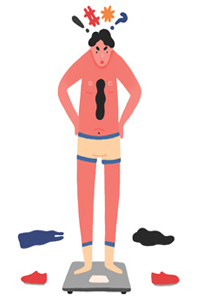 I have consulted thousands of one on one cases of people who wanted to lose weight and I have found some common, albeit startling beliefs, patterns and practices.

These common areas have nothing to do with whether I was consulting males or females. For the sake of my article, we are going to establish our client as wanting to lose 30+ Lb. and in their 30’s.

I can say this however, most of the people wanting to lose weight were all either:

1) Under-eating, or 2) under the impression they did not overeat, but were unaware they were taking in thousands of “hidden” calories. By this I mean processed foods, oils, so called “healthy meals,” and “healthier” meal choices they had thought they made in a restaurant.

2.   Hardly anyone ate breakfast and proceeded to tell me they were not a “breakfast person.”

3.   They were all doing too much cardio. They were also doing it in the wrong order; before resistance/weight training, instead of after.

4.   Most women pointed to the fat on the back of their arms, or hips and legs as their “problem area,” while most men indicated their stomachs.

5.   Rounding off our top 5 and perhaps the most alarming; everyone thought they needed to cut carbs or go on a diet, and everyone who lost weight, gained it all back and then some.

There were other common areas of misunderstanding as well. Lack of proper exercise technique, or which exercises to do was also high on the list, but the one common denominator was lack of knowledge.

Get the right information and your chances of success will greatly increase! 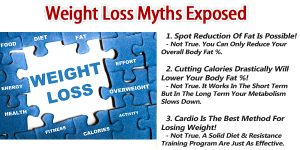